Mould is one of the problems that homeowners have been facing for a very long time. Dealing with mould is very hard, since it can spread really fast, and it can lead to severe damage to your home. But the thing is, there are different types of mould, with white mould being one that’s lesser known out there. Yet at the same time, this is just as destructive and problematic, which is something you really need to take into consideration.

Before you call for a professional clean from Dunrite, you want to know how to identify white mould. The thing to keep in mind is that spores are very small for white mould, so identifying it is actually a bit harder than you might expect. In many cases, this looks similar to mildew, but it can lead to a lot more harm. It can grow within the organic materials too, unlike mildew that mostly affects the surface.

What causes white mould? Pretty much the same thing that causes any other type of mould out there. if the mould has a food source and a moist environment, it will continue to thrive, and that’s the thing you really need to keep in mind here. It will appear near poorly ventilated locations, leaks and so on. Their common food source is an organic material, so anything like carpets, drywall or wood will be their prime spot to appear.

Can you get rid of it?

It requires specialized equipment and a lot of care. This is the type of mold that can actually damage materials such as wood, so removing it fast is very important. Recent water damage can cause mould, and white mould in particular is a major issue to deal with. Thankfully, it’s possible to get rid of it, but you can’t really do it on your own at home. Unless, of course, you make a huge DIY project out of it and try to remove this as fast as you can. Which can be demanding and tricky, but in the end the benefits can be second to none, and that’s what you want to go for.

Where can you usually find white mould in your home?

It mostly depends, but for the most part white mould is usually found in the basement or the attic. However, you can also find it in crawlspaces, maybe even wood and furniture pieces. Some people actually found white mould on their clothes, especially during the summer. 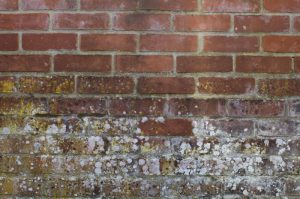 As you can see, white mould is very problematic, and you want to address it as quickly as possible. Making sure that you use a professional clean from Dunrite is crucial, so don’t hesitate and contact the team for an inspection right away. You never really know what issues can arise, so making sure that you identify and remove white mould right away is extremely important. It might take a bit of time to do so, but the benefits can be amazing once you get rid of it!